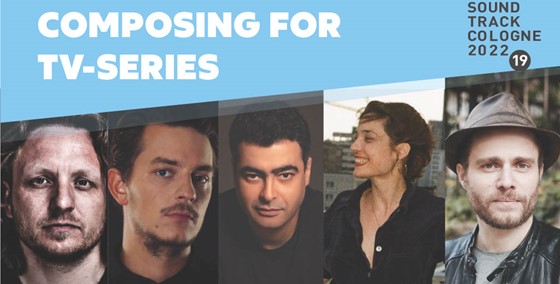 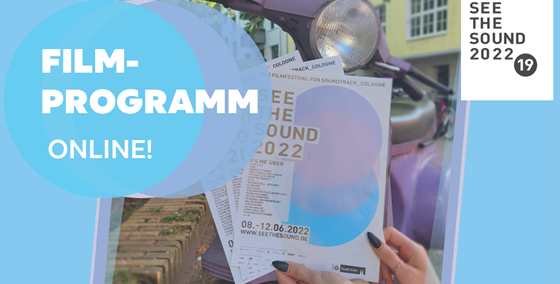 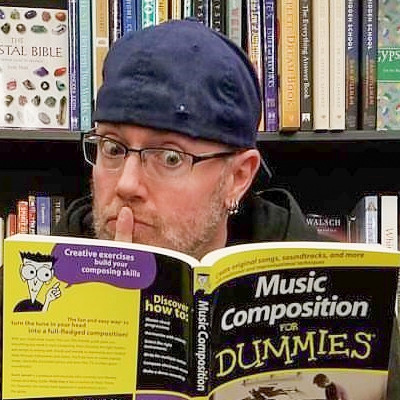 Brad Derrick always wanted to be a rockstar, but accidentally ended up with an even better gig: Video Game Composer. During his years as a performing & touring musician, he picked up a couple music degrees on the side including a Masters in Electronic Composition, synthesizing his passions for music and technology. Upon completion of his studies there came an offer to work at Kesmai Studios, a tiny little powerhouse of a game studio that stood at the nexus of online gaming in the early 1990s. In the 30 years since, Brad has worked on countless titles, large and small, famous and not-so-famous, producing everything from cute little chip tunes to monstrous orchestral works. Since 2009 he has worked for Zenimax Online Studios, producing music for the enourmously popular "Elder Scrolls Online". 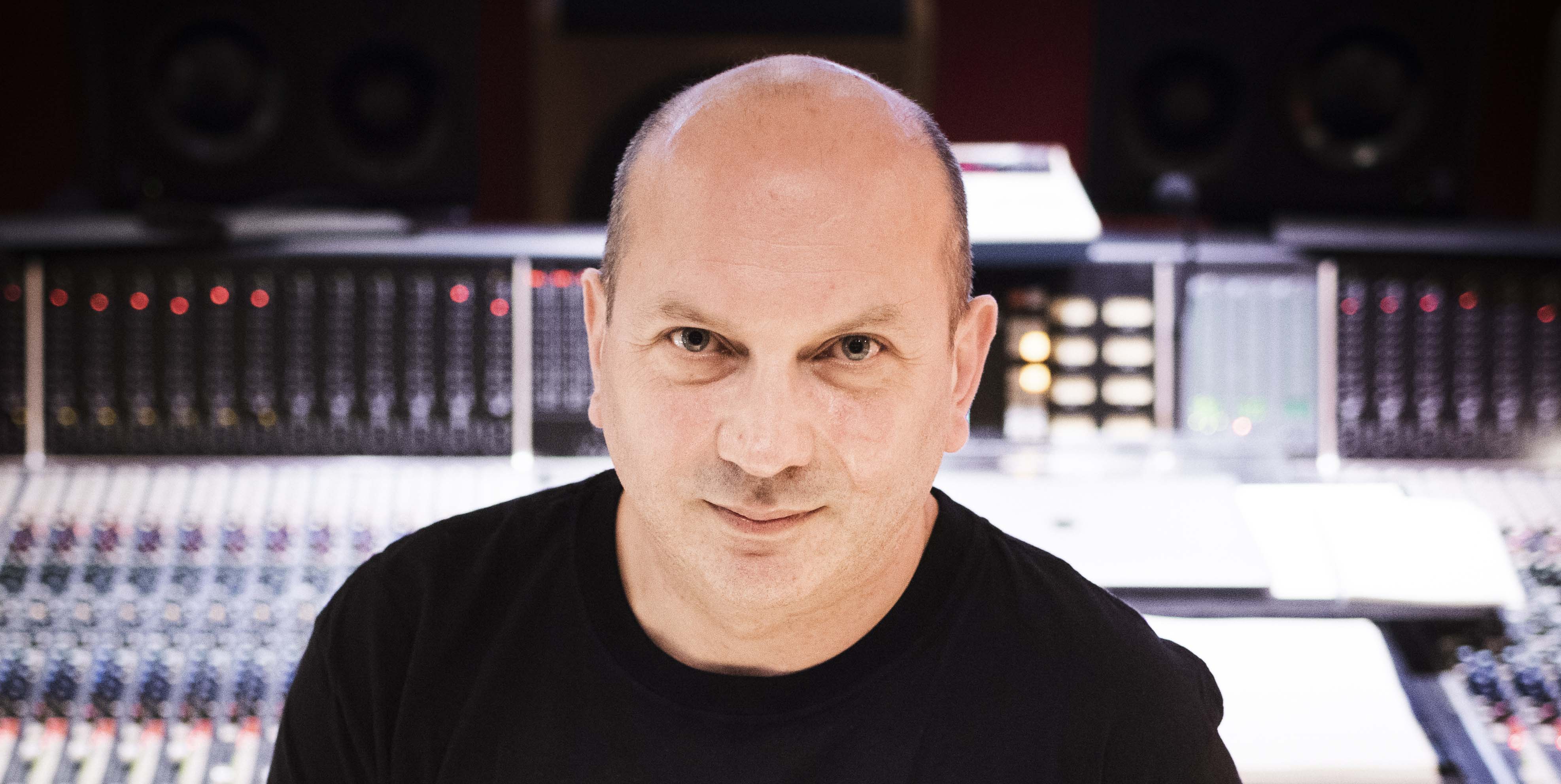 Classically trained at the Royal Academy of Music in London, Richard Jacques is a multi award-winning, BAFTA and IVOR NOVELLO nominated composer of film, television and video games, renowned for his critically acclaimed orchestral scores for blockbuster franchises such as James Bond 007, Mass Effect, Starship Troopers and Headhunter. Jacques’ breakout orchestral score for Headhunter was the first video game soundtrack to record with A-list musicians at the world famous Abbey Road Studios. Returning to the action genre in bombastic style, Jacques’ award-winning 'Classic modern Bond score' for 007: Blood Stone took interactive action scoring to the next level as he delivered a high energy original soundtrack which immerses the audience in a thrilling, cinematic Bond experience. Most recently, Jacques returned to Abbey Road to record his latest opus – a heroic, original thematic score and epic intergalactic symphony for Marvel's Guardians of the Galaxy.

He is a Fellow of Wells Cathedral School, and was awarded an Honorary Doctorate from the University of Essex in 2013 for services to Music and Media. Jacques is also the 2017 recipient of the Game Audio Network Guild’s Lifetime Achievement Award,

Richard Jacques is represented by The Gorfaine / Schwartz Agency in Burbank, California. 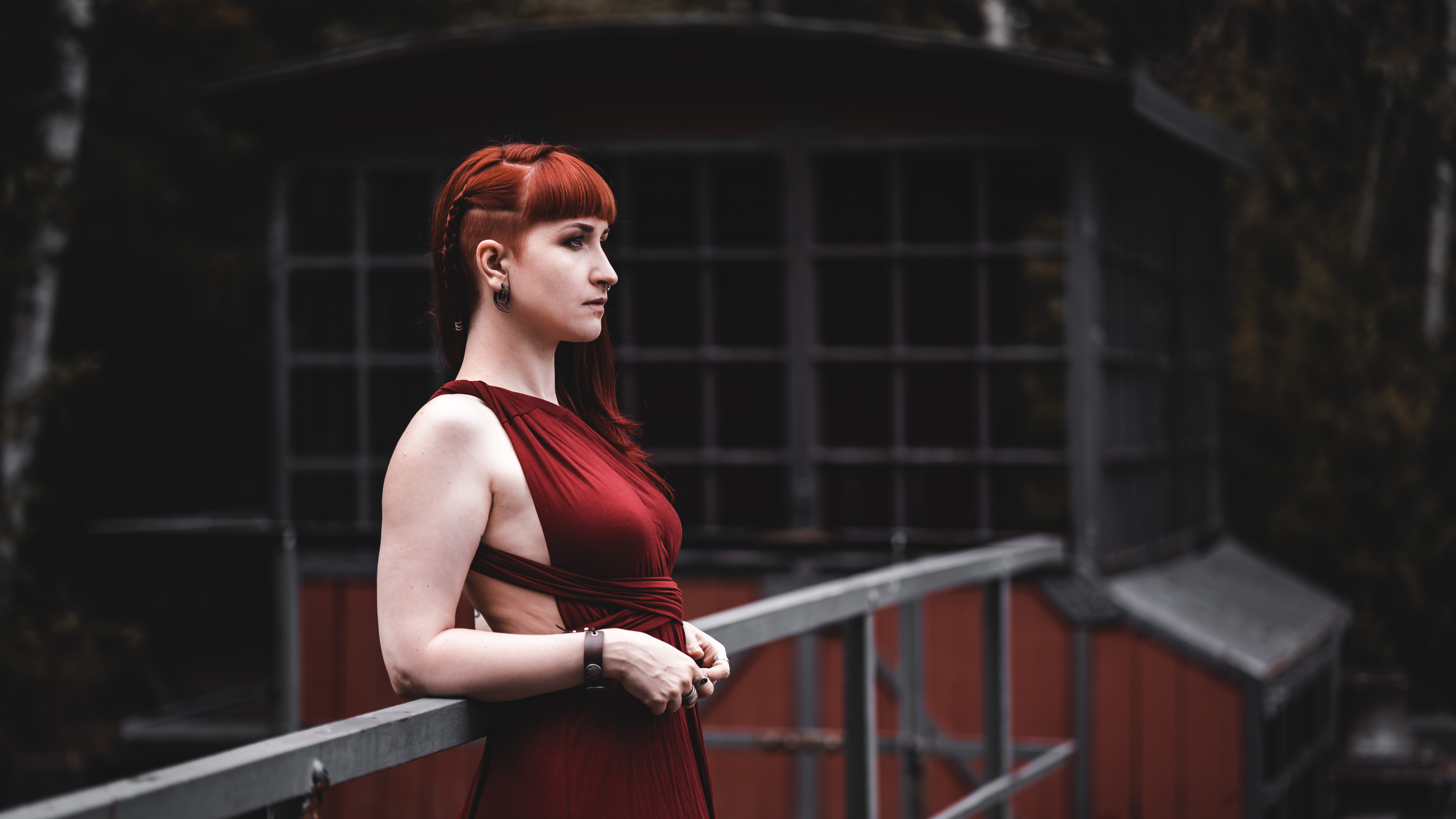 In her 9 years in the games industry she has collaborated with several small to medium sized studios and publishers like Deep Silver, Stainless Games and various indie studios. In many of those projects she was responsible for the whole audio experience and defining the requirements of the musical experience - requiring a broad knowledge of music and sound as well as the technology behind games. One of these challenges was the recent redesign/extension of the soundtrack of the MMO Albion Online by Sandbox Interactive.

Defining the musical needs of a game is one of the first challenges when joining a team to work on a new project. How can you help them find the best music design for their game? While all games need a global music management system for several parts of gameplay, tutorials often only cover partial solutions for very specific musical styles and lack a more holistic perspective. In this talk we want to take this holistic perspective and look into where to start when defining the musical needs of a project, what questions to ask first, what a basic adaptive music system needs and what that looks like within the most common middleware tools FMOD and Wwise. 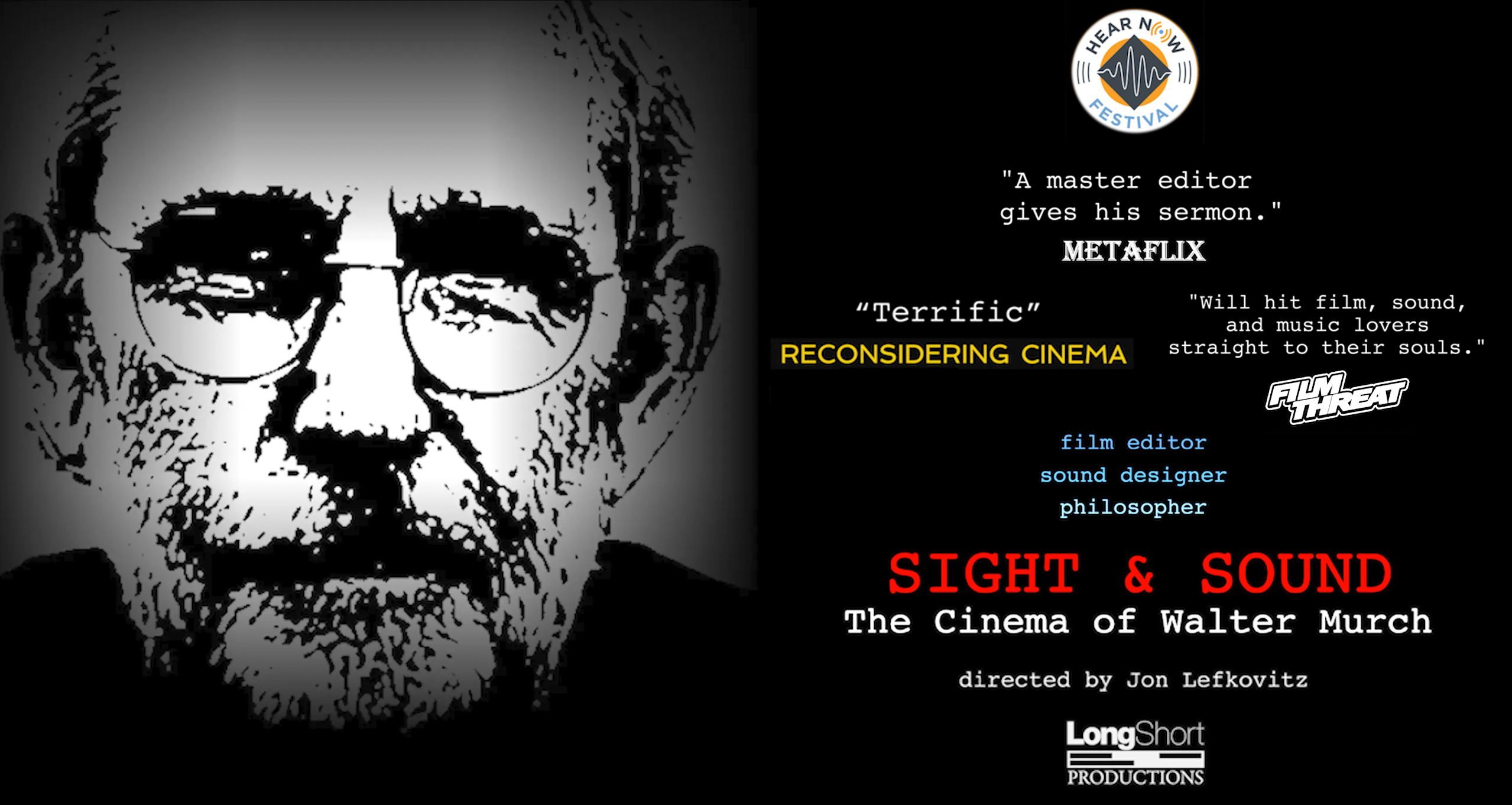 How do I get work?

Jon Ekstrand is a Stockholm based Swedish film composer and artist. He began his career under the mentorship of acclaimed sound designer Owe Svensson, where he sharpened his skills at understanding the power of sound and its dramaturgic importance in helping a story realize its potential. In 1998, whilst attending Stockholm Film School, Ekstrand met Director Daniel Espinosa, in which the two formed a tight creative relationship which continues to this day.

Ekstrand and Espinosa have collaborated on seven films, including the hit trilogy “Easy Money” as well as Hollywood Studio Films “Child 44,” “Life,” and the Marvel film “Morbius.” Jon is also scoring the 2022 biopic feature “Hilma,” by acclaimed director Lasse Hallström, about the life or revered abstract artist and spiritual pioneer Hilma af Klint.

Jon has had a rich career within films, having worked the entire spectrum of the sound team – from boom operator, sound recordist, to sound designer and today as accoladed composer. Ekstrand is a self-confessed synthesizer addict, and generally starts building his scores around electro acoustic elements. His scores range in genre from more minimal arthouse ambient to epic thriller dramas, where he has recorded with full orchestras at both Air Studios in London, Colombia Studios and Sony Studios in Los Angeles. To date, Ekstrand has scored over 30 films and TV series, has been nominated for Three Swedish Gullbaggage Awards, and in January 2020 was awarded The Danish Film Institutes Robert Award, for his 2019 score to the film Queen of Hearts.

Ekstrand is passionate and actively engaged in expanding diversity within the film industry and is part of a composer’s mentorship program arranged through the Swedish collecting society STIM.

To date, Ádám Balázs scored sixty films, including Ildikó Enyedi’s Cannes Competition contender "Story of My Wife" and her Golden Bear winning and Academy Award nominated “On Body and Soul”, Kristóf Deák’s Academy Award winning “Sing”, Seth Grossman’s Tribeca Film Festival winner “Shock Act” and “The Butterfly Effect 3: Revelations” (Lionsgate), over a thousand episodes of TV including HBO Europe’s “Terápia” (In Treatment”) and “Umbre” (“Shadows”) and was responsible for the worldwide network identity of Cinemax and HBO for seven years. Adam is also Professor of Film Music at the Franz Liszt Academy of Music and a Member of the European Film Academy. He studied Music Composition at the Béla Bartók Conservatory of Music and holds a Master in Medieval English Literature. After his studies he moved to LA and became an established music composer for film and television.

For me music is a way to explore the world. I compose with curiosity.

Sanna Salmenkallio is one of the most experienced film composers in Finland. She has composed the score for more than 30 films, mostly artistically ambitious documentary features. As a composer she has worked with symphony orchestras, smaller ensembles, and electronic music.

Salmenkallio has created her own style by mixing classical background to different contemporary and experimental elements. Her strength, in addition to composing, is a deep understanding of dramaturgy. She has won four Jussi Awards for the best film score in Finland. She has also composed lots of music for theatre and dance performances. She loves experimental film and theatre as well and works regularly with community art projects.

She has both classical music education from Sibelius Academy and an education as Sound Designer from Theatre Academy, which creates an inspiring dialogue between sound and music. She has also a passion for Arabic music, which she studied in Cairo. As a violinist she is specialized on improvisation.

John Ottman is one of the most unique creatives in the film industry, holding dual distinctions a major film composer and a BAFTA and Oscar winning film editor, and was also nominated for an Emmy for his score to the 1998 “Fantasy Island” remake.

Murch has been nominated for nine Academy Awards (six for film editing and three for sound) and has won three Oscars: for best sound on ‘Apocalypse Now’ and for Best Film Editing and Best Sound for his work on ‘The English Patient’. His double win in these categories in 1997 was unprecedented in the history of the Oscars. In 1974 Murch received two BAFTA’s for Best Sound and Best Picture Editing for ‘The Conversation.’

Murch is a true pioneer in his field - he significantly shaped the term ‘sound designer’: Together with some of his fellow colleagues he devised the now-standard 5.1 sound format. And that’s not all, for the premiere of "Apocalypse Now" in Cannes, he even installed his own sound system there overnight, because there were no movie theaters with 5.1 surround sound until then.

Hesham Nazih is an Egyptian composer best known for his distinguished style that interweaves authentic melodies with contemporary music. Nazih has built a 20+ year artistic career and has under his belt more than 40 award-winning soundtracks of blockbuster films that dominated the Egyptian box-office and achieved critical acclaim such as Snakes and Ladders, Ibrahim Labyad, The Blue Elephant I and II, Sons of Rizk I and II, and The Treasure I and II. His TV hits include Friendly Fire, The Seven Commandments, The Covenant, and Shahid’s Every Week Has A Friday.

In addition to an impressive repertoire, Hesham has also received a plethora of “Best Music” awards for many of his works. And in November of 2021, he was honoured by the prestigious Arab Music Festival in its 30th edition in recognition of his musical career and for the excellent work he did composing the accompanying music for The Pharaohs' Golden Parade.

Hesham’s scores were recorded at some of the world’s best studios including Abbey Road in London, Smecky Music Studios in Prague, and Synchron Stage Vienna.

Most recently, Nazih was also featured in an in-conversation alongside the two- time Academy Award Winner A.R Rahman within the events of Cairo Industry Days of Cairo International Film Festival, the same festival where he previously received the honorary Faten Hamama Excellence Award, marking the first composer to ever receive this award.

Recently, Hesham worked on the Marvel series Moon Knight which premiered on March 30th, 2022 on Disney+.

He was awarded for Best Score at the prestigious Kinotavr Open Russia Film Festival in 2016 (Wake Me Up).

Throughout his career, he has scored feature films, tv series, documentaries and short films from Italy, Mexico, Sweden, Russia, Canada, France, Germany, the U.K and the Emirates Arab United. His work has led him to write music with Nic Cester (Jet) and Gyda Valtysdottir (Mùm), to mix with Daniel Kresco (Joker, Arrival, Sicario) and to record with the Iskra String Quartet (The XX, Radiohead, Olafur Arnalds). 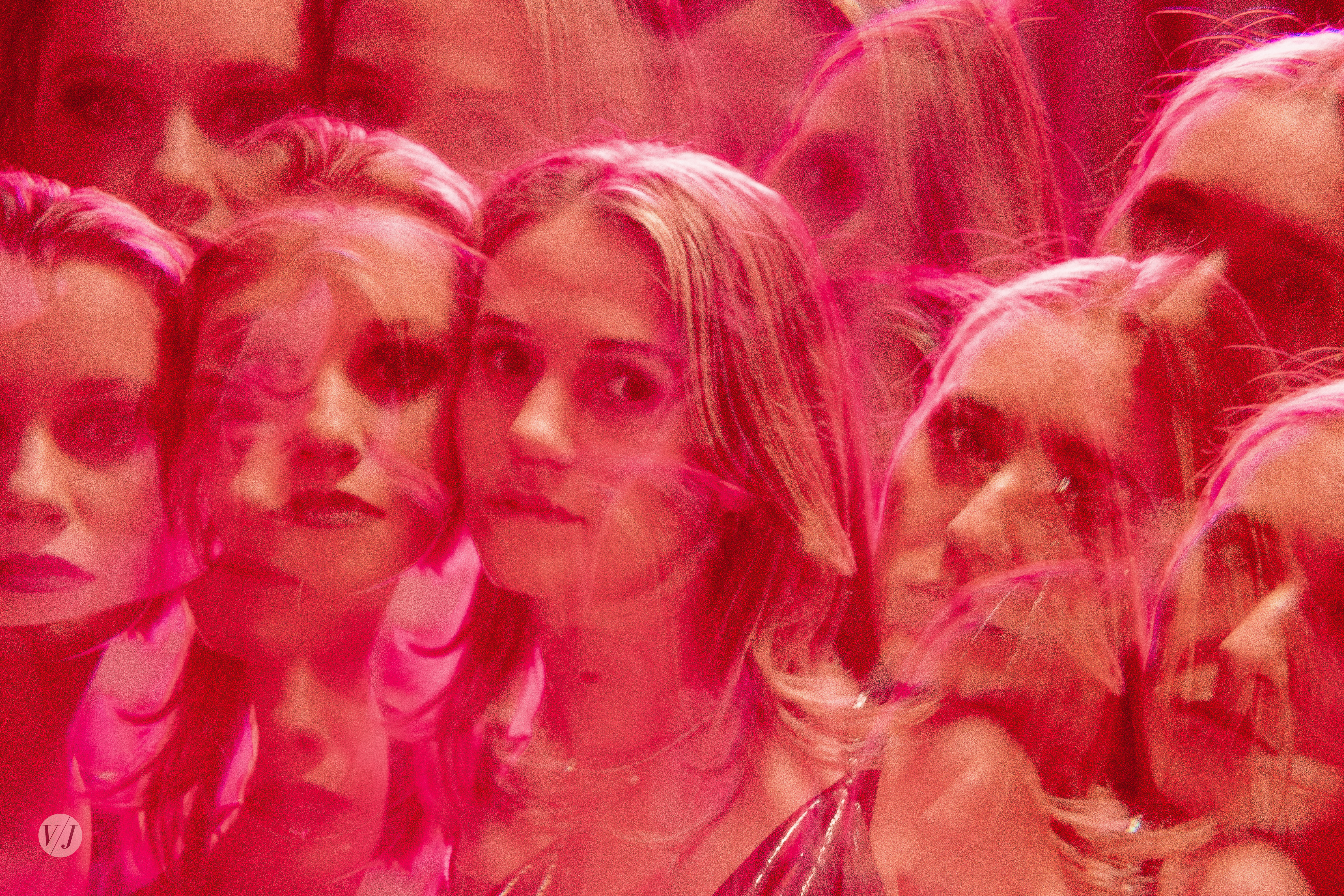 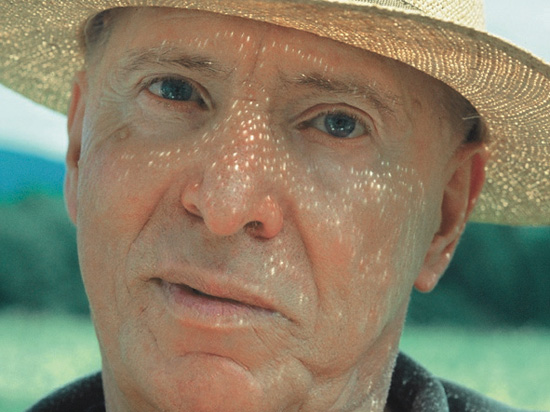