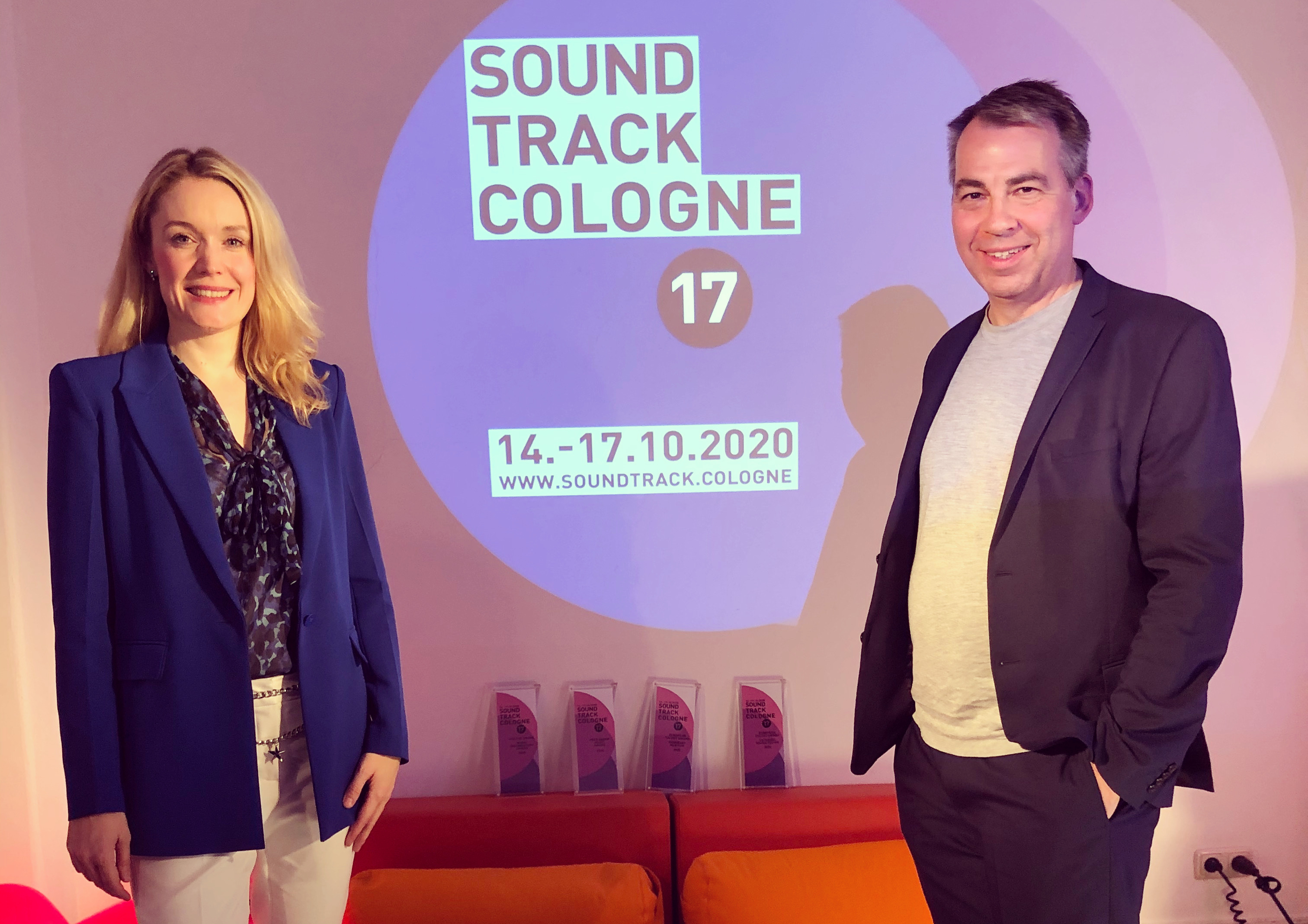 The juries of SoundTrack_Cologne 17 have made their decisions. Fabian Zeidler won the WDR Film Score Award, Sinan Varis was awarded with the Prize for the best sound design. Yin Lu received an Honorary Mention. Alex Symcox won the Peer Raben Music Award for his music for “Curandera” (D: Mauricio Rivera Hoffmann). Cora Chung received an Honorary Mention for her music for “Sentence” (Regie: Mike Davies).
The SEE THE SOUND Award for Best Music Documentary went to “Everybody’s Everything” by Ramez Silyan and Sebastian Jones.
"Matrix" composer Don Davis will receive the honorary prize at next year's awards ceremony (SoundTrack_Cologne 18: June 9-12, 2021) - then hopefully in person.


The winner of the European Talent Competition is Fabian Zeidler, Sinan Varis was awarded with the Prize for the best sound design. Yin Lu received an Honorable Mention

Since its very beginning the European Talent Award is a central event of SoundTrack_Cologne. The work of all competition participants, who created a new world of music and sound for a muted short film, show how differently a soundtrack can tell a film. This year's competition film was called "Dans les bois" ("In The Wood").

The members of the jury were composer and Academy Award winner Stephen Warbeck (president of the jury), composer and conductor Gordon Hamilton, der director and singer-songwriter Maya Lavelle and composer Diego Baldenweg.

Fabian Zeidler wins an one-day recording session of one of his own compositions with the WDR Funkhausorchester. The prize for the best sound design is a 5.1 cinematic mix down in the prestigious sound-mixing studio Chaussee Soundvision in Germany.

Statement of the jury:

“Fabian Zeidler: A varied and sensitive score, that does not overpower the story and also uses silence effectively. In the wolf’s house, the way the playful “lounge” piano gives way to the score is an example of the skill and imagination in this composition. Congratulations.

Sinan Varis: This is an inspiring and convincing piece of work, always serving the story with sensitivity and wit. The sound design is full of contrasts and the space is beautifully created.

Yin Lu: This is an impressive piece of work, instrumentally and harmonically rich, and every dramatic moment is matched by the music. The shimmering opening is beautiful, and the music unfolds from there in a very organic way. He shows great skill in harmony and orchestration.”

The members of the jury were composer and music producer Helmut Zerlett, director and editor Nele Jeromin and composer Marcel Vaid.

The statement of the jury:

The winning score convinced the jury with its skillful and sensitive handling of the film plot’s different levels of perception. The musical layers of electronics, orchestral sounds and source elements are interwoven in a subtle way and result in a fine music grid that supports the narrative without dominating it.The artful use of creative techniques and the increasing intensity of the score reflect the asking and the seeking in the main protagonist. Oscillating between dream and reality, the present and the past, the score moves through the film plot without running into traps of ethnic or other clichés.”

The Jury awarded Cora Chung with an Honorary Mention for her music for “Sentence” (D: Mike Davies). The jury states:

“The jury would like to mention a fresh and courageous composition that adds an equivalent and self-confident layer to the film that it accompanies.Its unconventional combination of improvised elements from various sources provides a major contribution to the dreamlike and essayistic effect of the film.”

The award for the best music in a short film is endowed with 1.500 Euro and remembers composer Peer Raben (1940-2007) who was best known for his work for the films of Rainer Werner Fassbinder.

The SEE THE SOUND Award for Best Music Documentary 2020 goes to “Everybody’s Everything” by Ramez Silyan and Sebastian Jones.

To quote the jury:
“Everybody's Everything" traces this path from a halfway normal childhood in Tucson, Arizona. The powers of the hypersensitive teenager are depicted with a lot of original material. Concert recordings in bubbling halls are close at hand. Footage comes from smartphones and all kinds of other devices.

Everybody’s Everything assembles all this, peppered with original tones of his companions, impressively into a breathless shot. A highly topical portrait of Trump's America, a confrontation with a music scene that is not at all adult. One can only sit in front of it in amazement ... and wait for the end!”

„Oh Les Filles!“ by Francois Armanet received a special mention.
Jury: ”A dense, knowledgeable portrait of the great traditional lines in French pop music, in this case the female chanson. A leap from Edith Piaf to Jehnny Beth of the British/French post-punk band Savages. Wise statements with many stars, including original material of the middle Brigitte Bardot. A lot of current material. In addition to this, some from Vanessa Paradis to Les Rita Mitsouko.”